St Kilda – Islands on the Edge

Hebridean Princess makes two or three visits each year to the UK’s only double UNESCO World Heritage Site; the abandoned and remote archipelago of St Kilda. 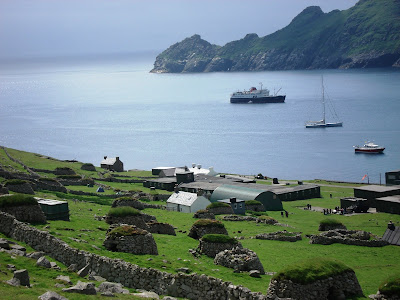 On reaching St Kilda it is as though you have reached the ‘islands at the edge of the world’. Situated 41 miles west of Benbecula in the Outer Hebrides, the archipelago is made up of five islands – Soay, Boreray, Dun, Levenish and the main island of Hirta, as well as two sea stacks close to Boreray, the highest in Britain, known as Stac an Armin and Stac Lee. 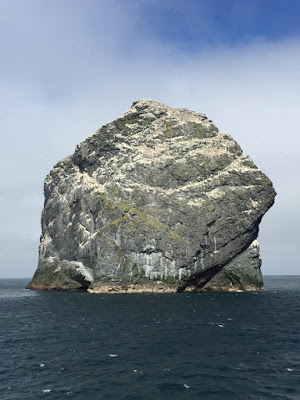 It is difficult to describe St Kilda to someone who has not had the privilege to experience this special place; it has an atmosphere all of its own. The islands were inhabited from the Neolithic period up until 1930 when the last 36 residents were evacuated to the Scottish mainland at their own request, leaving the 19th century village we find today on Hirta. Three indigenous species still survive on the island which also boasts an impressive seabird colony. 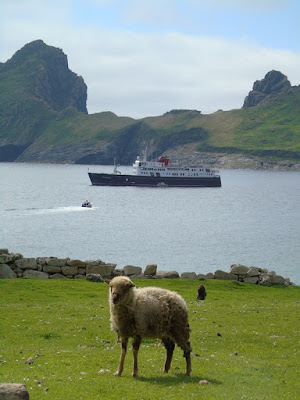 Traditionally the islands belonged to the Lords of the Isles, but were bought by the Marquess of Bute in 1931, a keen ornithologist, who subsequently bequeathed them to the National Trust for Scotland, an organisation which continues to preserve them today.

St Kilda was inscribed by UNESCO as Scotland’s first World Heritage Site in 1986 in recognition of its Natural Heritage and, in July 2004, this was extended to include the surrounding marine environment. In July 2005 St Kilda was awarded Dual World Heritage Status in recognition of its cultural heritage, making it one of only 28 places in the world and the only one in the UK with Dual Status for both its natural and cultural significance.

Hebridean Princess is due to visit St Kilda on the following dates:

Now that 2018 has arrived, here at Hebridean Island Cruises we are excitedly looking forward…

Our  2019 calendars are selling fast!  Ideal as a present for family or friends, or…

The Wave Awards celebrate the very best of the UK’s cruise industry. The Oscars of…