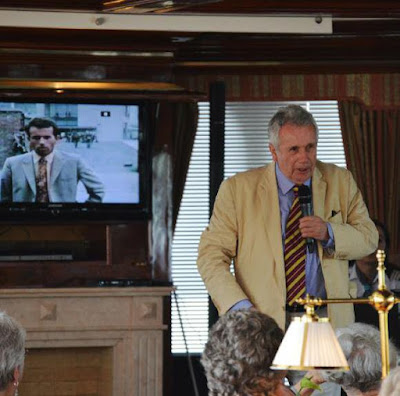 Since I am no longer sent off to the war zones at short notice, I am in the happy position of being able to pick my destinations at my leisure. Not all invitations are accepted by any means. Some years ago I twice declined to appear on Strictly Come Dancing – a wise decision, in my case.

But 2 years ago I was asked by Hebridean to join their Royal Crown cruise on the River Danube –
and I had the time of my life.

Part of it was the ship itself, with its old-fashioned blend of polished decks, brass fittings and magnificently appointed cabins. Part of it was meeting some wonderful people with a real interest in the recent troubled history of the Balkans. Some of them said afterwards that the experience had
changed them.

If you fancy casinos and night clubs, lounging on beaches, this is not for you. But if you want a cruise which is also an adventure and a learning experience, and from which you come out better informed than you went in, then it might be just your stretch of water. And bring a notebook or a sketch pad, so your memories can be somehow stored on paper.

It is as far from ocean cruising as you can imagine. We stopped at a new river port every day, from Budapest to Belgrade, each with its singular history. The Iron Gates, a mountain gorge which we passed through, is the most beautiful waterway in the whole of Europe. The banks of the Danube are mostly pristine and undeveloped, except for the high ground. We passed forests and shallows with
the most amazing bird life. And if you are of a nervous disposition, you are always within reach of dry land. No lifeboats are necessary!

And by the way, Johann Strauss was colour blind. The Danube for the most part is not blue at all but all sorts of other and interesting colours. And as it flows and winds through Hungary, Croatia, Serbia, Romania and Bulgaria I can assure you that there is not a dull sight to be seen on the whole length of it.

I am not a tour guide and knew little about the Paprika Museum in Hungary. But I stood on the upper deck to point out the principal landmarks of the Croatian river port of Vukovar, destroyed by the Serbs after a 90 day siege in November 1991. I was with them for days on end when they destroyed it. Much of the town has been rebuilt, but a corner shop with flowers growing inside the ruins remains as shrine to the tragedy of war. In an evening lecture on board Royal Crown, I showed some of the footage of the time, and explained what it was like to be there. And in the Bosnian War too, which followed it as night follows day. Then it was news. Now it is history, and I lived it for five years.

I also wrote poetry about it – well, poetry of a sort, and had a book of my verses published. So be warned – I offer not only three lectures during the cruise but a poetry recital. I am one of the few passengers who decides not to disembark everywhere. So I wrote a poem about it:

I thought as I clutched my Vodka Smirnoff
The secret to successful cruising
Even with only moderate boozing
Is knowing when not to get off.

And I wrote another about the sort of cruise this isn’t:

If this is Monday, it’s Livorno,
And raining stair rods, no bon giorno.
Cruising’s for those who dodge the coroners
And travel without meeting foreigners.
If dismal weather’s all one needs,
We might as well have stayed in Leeds.

The Royal Crown is not at all like that.

If you are a lecturer on a big ship, you find someone whom you want to avoid (always a man, in my
experience!). But on Royal Crown that is not a problem, for you will be among like-minded people.

Nor do I hide away. If anyone wants further information or reminiscences of the wars, I can talk till your eyes glaze over! I can usually be found on the upper deck, and occasionally with something distilled and Scottish in my hand. The Hebridean hospitality remains the same from one end of Europe to the other. 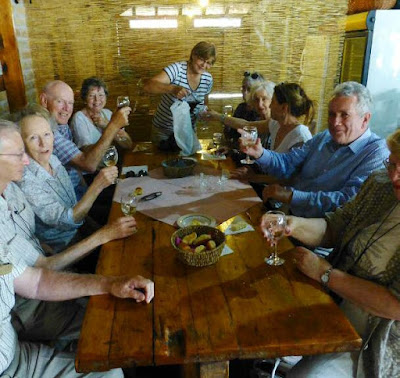 I look forward to the cruise from Bavaria to the Moselle in July, and hope you will join me. 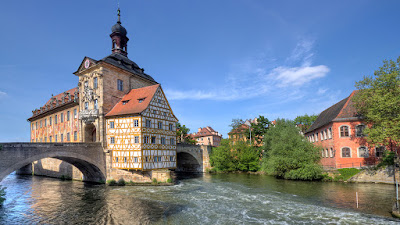 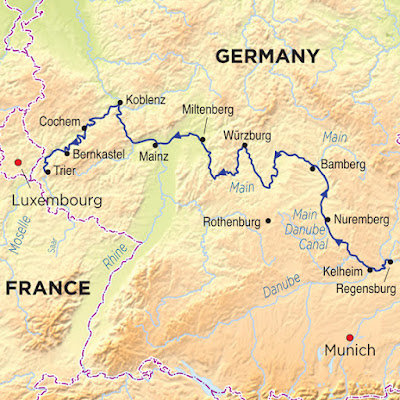