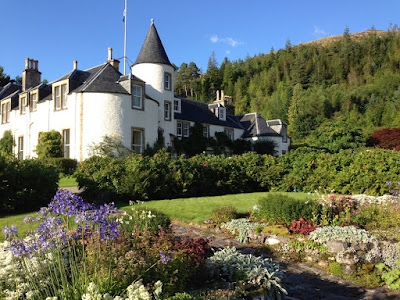 Scotland boasts an abundance of castles and the Hebrides are no exception. Several islands of the Inner Hebrides are home to fascinating structures dating back many centuries.

Scottish gardens are a delight to visit at any time of the year and are famous for their clear air and profuse flowers.  The west coast of Scotland is influenced by the Gulf Stream giving milder temperatures which enable great displays in spring and early summer of rhododendrons, camellias and magnolias.

We are delighted to announce that Joanna Macpherson, star of the recent BBC Scotland series Lady Lairds, will be joining this cruise as guest speaker. 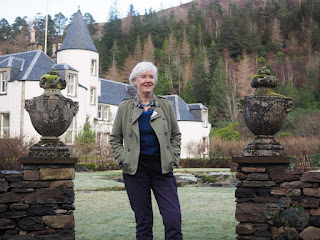 Joanna moved to her family’s estate, Attadale on the shores of Loch Carron in Wester Ross, 4 years ago taking her husband Alec Cormack with her.  They had both lived and worked in London until then.  Attadale had belonged to her grandfather so she has always spent holidays there since a baby.

Having studied History and Russian at university, she ended up in magazine publishing in London, working on a wide variety of titles from Classic Cars Magazine to Flight International and finally running the advertising sales on both The English Garden and The English Home magazines.  This proved a useful training ground for ending up in the Highlands of Scotland attempting to help run a large estate with a 20 acre garden, four holiday cottages and approximately 30,000 acres, mostly wild country, including two Munros and a lot of red deer.

Attadale Gardens play host to one of the visits on this cruise.  Started by Baron Schroder in the late 19th century, hill paths meander through 20 acres of conifers and rhododendrons. Totally transformed after the 1980 storms by owner Nicky Macpherson, Joanna’s mother, it is an artist’s garden designed to frame the magnificent views of Skye and the surrounding hills.

Joanna will give us an insight into the running of the Attadale Estate, the making of the Lady Lairds documentary and the organisation ‘Discover Scottish Gardens’, a network of gardens which have come together to promote their rich diversity, a number of which we will visit on this cruise. 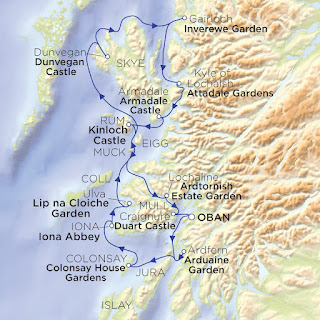 >> READ MORE ABOUT THIS CRUISE

Prices from £3,995 per person based on 2 people sharing an inside double/twin cabin

As another season draws to a close, I should like to take this opportunity to…

You may have read in issue 29 of our newsletter, The Hebridean Times, the article…

A Serenade to the Hebrides – by Mark Dury