Melodies of the Rhine – Musical Highlights

Each of our genuinely fully-inclusive European River Cruises, on board Royal Crown, is accompanied by a renowned Guest Speaker chosen because they are passionate about their subject. 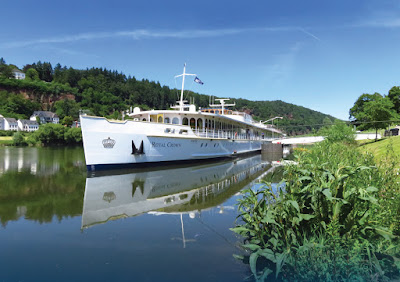 Adrian Finnerty is a versatile musician and educator and as one of Hebridean’s Guest Speakers he will explore a range of composers, musicians and musical works relating to the Rhine, and in particular, the cities we will visit on the Melodies of the Rhine cruise. 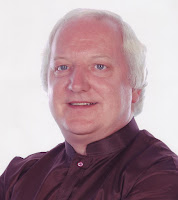 During the eighteenth century, Mannheim was home to the Mannheim School of Composers, of which the leading figure was Johann Stamitz.  Introducing musical features, such as the Mannheim Crescendo and the Mannheim Rocket, Stamitz and his contemporaries exerted a huge influence on the development of the symphony.

One of the greatest composers of all time, Beethoven, was born in Bonn, making his first public appearance as a pianist there at the age of seven.  His grandfather was the Archbishop’s Kapellmeister and his father was a singer in the Kapelle of the Archbishop Elector of Cologne.  The young Beethoven became involved in the flourishing musical life of the court, playing the organ and the viola as well as teaching and composing.  Throughout his life Beethoven associated himself with the aristocracy, including Count Ferdinand von Waldstein to whom he later dedicated his ‘Waldstein’ Sonata.

Following in the musical footsteps of Beethoven, Brahms seemed to be the natural heir to the Classical tradition.  However, while his music does follow very much in the orderliness and discipline of the Classical style, it is essentially lyrical and Romantic in feeling.  During stays at his summer house in Baden-Baden Brahms worked on some of his most important compositions, including the first two Symphonies and the ‘German Requiem’.

Schumann composed his third Symphony, ‘Rhenish’, after a trip to the Rhineland with his wife, Clara. The solemn fourth movement was inspired by the installation of a cardinal at the Roman Catholic cathedral in Cologne.

Renowned as a highly respected seat of learning, Heidelberg university, founded in the 14th century, was also the setting for Sigmund Romberg’s operetta ‘The Student Prince’, immortalised in the 1954 film featuring the voice of Mario Lanza.

The Lorelei, a rock on the eastern bank of the Rhine, is associated with several legendary tales, poems and songs. Philipp Friedrich Silcher, a folksong collector and composer, wrote many songs of which his best-known is ‘Die Lorelei’. Several other composers were inspired to write songs based on the Lorelei legend, including Schumann, Mendelssohn, Liszt and even Gershwin.

The Rhine is also one of the settings for Wagner’s ‘Das Rheingold’, the first opera of his epic ‘Ring’ cylce. The story opens and ends underneath the Rhine, where three Rhinemaidens swim and protect a hoard of gold. The Rhine is indeed a musical goldmine flowing with melodies.”

>> To read more about our Melodies of the Rhine click here.

Cruise of the Week – Westering Home and Whisky Galore

This summer, Hebridean Princess will voyage to the Northern Isles of Orkney and Shetland for…

We are delighted to release our 2022 European River Cruise Collection on boardRoyal Crown, a bespoke…

A day in the life: David Indge

“Ladies and Gentlemen! Dinner is now served in the Columba Restaurant. And, don’t forget, whatever…