Land of Waterways and Windmills on board Royal Crown 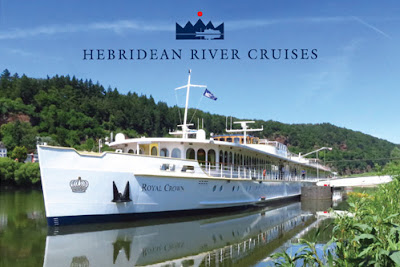 This captivating cruise explores the history, heritage and art of The Netherlands with a variety of intriguing visits along the scenic Dutch waterways. After uncovering a hidden gem right in the heart of the capital Amsterdam, the Hortus Botanicus, we sail through some of the smaller and lesser visited canals and rivers to discover more secrets of this fascinating landscape. 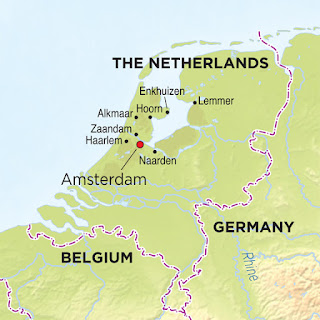 Amsterdam has one of the oldest botanical gardens in the world, the Hortus Botanicus. It was established in 1638 by the city municipality as Hortus Medicus, a herb garden with
medical plants for Amsterdam doctors and pharmacists.

In the second half of the 17th century, the Amsterdam Hortus Botanicus garden had a rich collection of plants completely unknown in Europe. They were brought here from all over the world by the traders of the Dutch East India Company.

Today, Hortus Botanicus is an attractive oasis, with more than 6,000 different plants with some unique species. The new hothouse creates conditions for three different tropical climates.

We take a glass-topped canal boat to the gardens for a peaceful and relaxing visit and enjoy an exclusive afternoon tea in the recently renovated Orangery.

After sailing through what Royal Crown Captain Hans de Gelder describes as a ‘very beautiful area’ of his beloved home nation, we arrive at the fortified town of Naarden. An example of a Spanish Star Fort, it is one of the best preserved fortified towns in Europe, complete with fortified Naarden was one of the most important defence works of the New Dutch Waterline and is breathtaking. At the Fortress Museum we can observe the underground casemates and learn more about the fortressed garrison town. A stroll through the town will allow you to observe many historical buildings and monuments, such as the St. Vitus Church, a large gothic basilica from the 14th and 15th centuries. 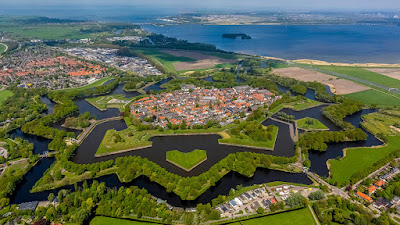 Holland and water are inextricably linked. Behind its coast lies an intricate network of ditches, waterways, canals, lakes and rivers. The nations windmills, pumping stations, polders and dykes are world-famous and almost a third of the land lies below sea level. Without the large water engineering works of the past centuries, culminating in the Delta Works, half of Holland would be submerged.

The Woudagemaal in Lemmer is the largest steampowered pumping station ever constructed and the only steam-powered pumping station in the world that is still in use. In a beautiful building, inspired by the Amsterdam School style, The Woudagemaal was built in 1920 to pump away the excess water in Friesland. Until that time, large parts of the region were submerged during the winter. The pumping station, which can pump away over 4000 cubic meters of water per minute, or 6 million cubic meters per day, changed that.

Weerribben-Wieden is a cultural landscape that was created in the 14th century through peat cutting. This peat was highly valuable as a fuel when dried, and was cut from the areas known as ‘weren’. The peat was then laid out to dry on long strips of lands, known as ‘ribben’, thus creating these unique wetlands.

The best way to explore the Weerribben-Wieden National Park is on the water. We take a boat tour through this gorgeous area, known as ‘the Venice of Holland’, where we hope to see many kinds of waterfowl and insects, and maybe even spot an otter among the vegetation in the water and on the banks.

In the 17th century, Enkhuizen was one of the wealthiest cities of Holland. It gained power and influence as a member of the Dutch East India Company. Enkhuizen’s rich history is still noticeable today as you walk through the old inner city with its numerous state mansions, canals, churches, city walls and harbours.

Following our walking tour of Enkhuisen we travel back in time to see how people lived centuries ago at the open-air Zuiderzee Museum which depicts a typical Dutch town and everyday life from the period between 1700 and 1900. People dressed in traditional Dutch clothing help bring the past in this little town to life. The museum is housed in more than a hundred and thirty authentic houses, shops and workshops, illustrating the history and culture of this unique region.

Alkmaar is known as the city of cheese in Holland, but has many other attractions including a beautiful old centre with many historic monuments and a range of interesting museums. Like many old cities in Holland, Alkmaar is a real ‘canal town’. In the past these canals were used as waterways, as a sewer system and to defend the city, but today they are mainly decorative.

The Alkmaar Cheese Market is a fascinating spectacle. This colourful, folkloric spectacle takes place at the picturesque Waagplein and here you can discover how cheese is traded according to a tradition that began in 1365. The ‘kaasdragers’ (cheese porters), ‘zetters’ (loaders), ‘ingooiers’ (cheese tossers) and ‘waagmeesters’ (weighers) all play defining roles at the market and belong to a guild with many traditions.

The area around IJsselmeer lake is dotted with beautiful old Dutch villages and towns. Together, they form one of the most gorgeous and authentic parts of Holland. Hoorn’s heyday was in the 17th century, when it was one of the main cities of the Dutch East India Company. Like Amsterdam and Enkhuizen, Hoorn became a very wealthy city. A walking tour of the old quarter and harbour will uncover dozens of monuments and churches which will allow you to experience the atmosphere of those historic times.

With its many historic buildings and beautiful old squares, Haarlem lies near the beach on the banks of the Spaarne river. Narrow streets are lined with monumental buildings built by the master Lieven de Key.

The Frans Hals Museum in Haarlem has many artworks of masters from the 16th and 17th century and is home to the world’s biggest Frans Hals collection. Counted among the greatest of the Dutch masters, Frans Hals became known as the best portrait painter in the country. Great masters of impressionism, like Monet, Corbet and Manet, visited the Frans Hals Museum to admire his art.

During the 17th century, more than 600 windmills were constructed in the area around the Zaanse Schans, creating the first industrial zone. The windmills were used, among others, to grind spices, produce paint, saw wood, and make oil. A number of these windmills still exist and can be visited to discover how these wind-powered machines work, inside and out.

There are various museums you can visit at the Zaanse Schans to get an accurate impression of life in Holland in the 17th and 18th centuries including authentic wooden houses, a bakery museum, a chocolate factory, a cheese and dairy factory and a warehouse where clogs are still made today. 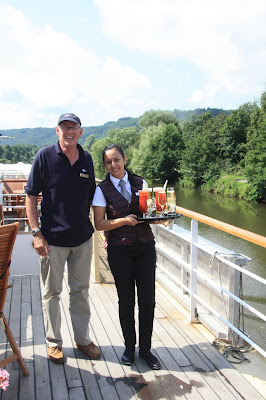 We hope you can join the Hebridean River Cruises team, including host David Indge, on this enchanting voyage which will reveal many of Holland’s hidden treasures.

20th May to 27th May 2018
Genuinely Fully-Inclusive Fares from £2,835 per person
based on 2 people sharing a deluxe twin cabin

Over the coming weeks Hebridean will be out and about attending various events.  Members of…

Come and meet us at London Cruise Shows

Next month we will be attending some of the UK’s biggest cruise and travel shows.Come…