Hebridean Island Cruises has been working with its customers to raise funds for Sea-Changers, the UK marine conservation charity, since 2012 and during this time their guests have donated nearly £30,000. Up until now donations have been made as an optional addition by Hebridean’s guests when they book their cruise aboard the Hebridean Princess. From now on the company itself will match-fund every donation made by its guests, effectively doubling the contributions. 100% of the money that guests donate will continue to fund marine conservation projects; whilst the company’s donations will help to fund Sea-Changer’s first employee post – since the charity has grown considerably, they now need a paid worker to administer the grant fund. 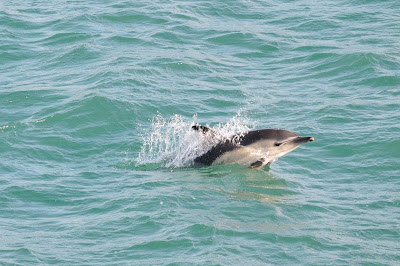 Some examples of such projects are:

• Beach Watch Bute – Funding for storage benches throughout the island in key areas affected by marine litter. The benches will contain handy grabbers, bags, and gloves.

• Basking Shark Scotland – running a series of clean ups in the remote islands of Argyll transporting their volunteers via ribs and an inflatable dinghy.

• Shetland Amenity Trust – funding to produce a film about the UK’s most successful voluntary litter pick which involves 20% of Shetland’s population volunteering to clean its beaches and coastlines annually.

• Craignish Restoration of Marine and Coastal Habitat (CROMACH) – for a pilot re-introduction of the native oyster to Loch Craignish, in order to improve water quality and increase biodiversity while exploring the potential for greater community-led regeneration of the loch using a keystone species.

• Firth of Forth Lobster Hatchery – funding to help the hatchery’s economic cycle and enhance breeding stocks by allowing the hatchery to pay fishermen and release even more lobsters back to sea.

Helen Webb, Co-Founder of Sea-Changers said, “2018 has been the year when the UK really began to wake up to the problem of plastic pollution and its impact on our seas and wildlife. This and other marine problems can be tackled and with the support of caring marine-based businesses like Hebridean Island Cruises we can make a real difference. We are delighted that the company is going to match every guest’s donation in this way – the increased funds will make a huge difference to our work.”

About Sea-Changers
1. Sea-Changers is a charity with the mission of raising substantial funds for marine conservation charities and projects, primarily in the UK. Registered Charity No. England and Wales No. 1142119 and in Scotland SC043922 www.sea-changers.org.uk

2. They exist in order to harness the energy, good will and resources of those who love the sea, particularly those who use it for leisure activities such as diving, sailing, boating and cruising holidays.

3. Sea-Changers works through partnerships with commercial organisations that serve consumers who are accessing, enjoying or travelling via the sea.
About Hebridean Island Cruises
1. Featuring some fine tours ashore, the luxurious Hebridean Princess offers the highest standards of 5* accommodation, together with a level of service from an almost forgotten era.
2. Carrying just 50 guests and a dedicated crew of 38, Hebridean Princess has an enviable reputation for exceptional service. She has 30 spacious, elegant and well-appointed cabins, 10 designated especially for the single traveller.

After several months of work Hebridean Island Cruises is delighted to launch its new website.…

Last few days of voting in the 2018 British Travel Awards

Over the next few weeks, Hebridean will be exhibiting in conjunction with a select number…