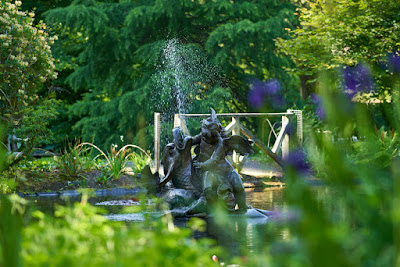 Our Inlets and Islands of Argyll cruise which departs from Greenock on Tuesday 17th April 2020, offers a wonderful opportunity to experience the beauty of the Clyde islands and lochs of Argyll, combined with our first foray north of the season and arrival in our home port of Oban after a long winter’s absence.
It is a wonderful feeling sailing into Oban for the first time each year and you can feel the excitement and joy as Hebridean Princess arrives home for the start of the season.
Just as Hebridean Princess begins a journey that will take her out of her winter quarters and on to her summer base, at around the same time the huge turnover in bird populations known as migration will be getting under way too.  It likewise involves changes of scene and routines.
It is possible that we may encounter one or two front-runners from the hundreds of thousands of small birds that will already  be moving out of Africa into Scotland, but where migrants are concerned we will mainly be looking at birds preparing to go the other way – from winter in Argyll back to breeding grounds far to the north.
As we depart from Greenock on the south bank of the Clyde and sail west into Holy Loch, we leave the once industrial part of the river behind.  Holy Loch gives you the opportunity to enjoy some of the best scenery in Scotland and is one of the Clyde’s finest natural harbours. Its deep anchorage is the ideal starting point for a visit to Benmore Botanic Garden in its magnificent mountainside setting. Its 120 acres boast a world-famous collection of flowering trees and shrubs including over 300 species of rhododendron and an impressive avenue of Giant Redwoods, arguably one of the finest entrances to any botanic garden in the world. Established in 1863, these majestic giants now stand over 50 metres high.  The garden is particularly glorious in early spring with the vibrant blooms of rhododendrons and azaleas.
Bute is an island of distinctly contrasting landscapes from the bare, rounded and craggy uplands of the north to the lower, undulating fertile south.  We visit the enchanting Mount Stuart House; home to the Marquis of Bute, this is a must-see Gothic mansion.
Loch Fyne stretches 40 miles from the Argyll mountains to the sea north of Arran, making it the longest sea loch in the country.  At the tip of the loch, set in 25 acres of woodland, is a superb garden surrounding Ardkinglas manor house. The garden is known for its collection of Champion conifers, including a Grand Fir that reaches 203 feet in height. Another highlight is the Ardkinglas Silver Fir, named as one of Britain’s top 50 trees. Trails lead through lush woodland, following the Kinglas river, winding through a pinetum, and past small lochs.
On the Cowal Peninsula, Portavadie sits at the mouth of Loch Fyne and is at the heart of Argyll’s Secret Coast.  Wild, remote and beautiful this undiscovered area is waiting to be explored.
The peaceful little town of Campbeltown, situated on the beautiful peninsula of Kintyre, is one of the largest towns in Argyll.  From here we head to An Ceardach, a 5 acre sloping garden where paths wander through a vast collection of rhododendrons, camellias, hydrangeas and many unusual trees, shrubs and herbaceous perennials. There are ponds, streams, rock and a vegetable garden. Wild flower meadows have thousands of daffodils, fritillaries, bluebells and orchids in season. 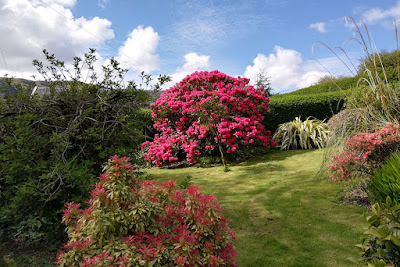 Sanda is a small privately-owned island and an important bird migration and breeding point.  Designated a Site of Special Scientific Interest, it is home to the first bird observatory on the west coast of Scotland.
The Mull of Kintyre is the ancient cradle of Scotland, for it is here in the fifth century AD that Fergus Mór Mac Eirc and the Scoti from Ireland came to establish the kingdom of Dál Riata (Dalriada) which gave Scotland its name.  After rounding the mull we head for Loch Sween, a fjordic sea loch near Lochgilphead, where we discover the picturesque fishing village of Tayvallich.
As we return to familiar waters we land on our first Hebridean island of the year, Jura.  Crowned by the landmark Paps, Jura is a place of wild beauty, offering a haven to a wide range of wildlife, including some 6,500 red deer.  Craighouse is the only village on the island which has a population of a mere 200 residents.
As we anchor in Loch Crinan, in the distance we can see the hill fort of Dunadd, home of the ancient Celtic Kings of Dalriada.  We have the opportunity to walk along the towpath of the Crinan Canal which, when it opened, was an important supply route to the Western Isles but is now a favourite short cut for yachts on their way out to the west. Our final port of call is the tiny isle of Kerrera which guards Oban bay.  Historically a stepping stone for cattle drovers between Mull and the mainland, this fertile and hilly isle is crowned by the Renaissance MacDougall stronghold of Gylen Castle.
Spring is a magical time to experience the seasonal changes and signs of new life on the west coast of Scotland.  We hope you can join us. 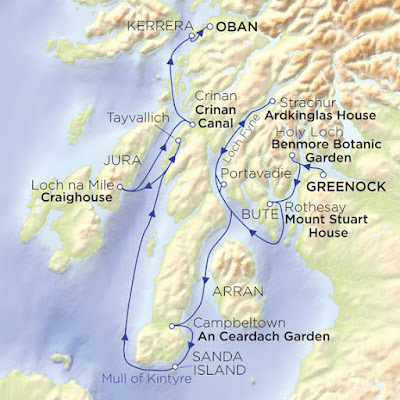 Prices from £2,340 per person based on 2 people sharing an inside twin/double cabin.
>>CLICK HERE for more details.

With beauty waiting at every port of call, there is always plenty to explore on…

Where are we going – Holland or The Netherlands?