Cruise of the Week – Westering Home and Whisky Galore 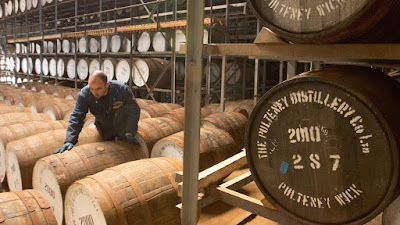 This summer, Hebridean Princess will voyage to the Northern Isles of Orkney and Shetland for a series of four extended cruises to uncover some of the best secrets of these remote outposts with a distinctly Nordic feel.

As we return to our home port of Oban, we tour some of the finest distilleries in the Northern and Western Isles to taste some of the finest whiskies for which Scotland is world renowned. However, you do not need to be a whisky connoisseur, or even a whisky lover, to enjoy this cruise of varied adventure as in every port of call alternative visits are available – there is something to appeal to everyone.

Embarking in the east coast port of Invergordon could not be simpler with our rail or air packages, our experienced reservations staff will assist with travel arrangements to Inverness to connect with our onward coach transfer to the port. alternatively you can park your car in Oban and join our transfer to Invergordon at the start of the cruise.

Our first port of call is the historic town of Wick which has been a Royal Burgh since the 16th century. At the Wick Heritage Museum, located in the heart of the Thomas Telford designed Pulteneytown, we discover the many aspects of life during the heyday of the herring fishing industry. alternatively, we can enjoy our first tasting of the maritime malt at old Pulteney, the most northerly distillery on the British mainland.

Arriving in Orkney, we go ashore in the capital, Kirkwall, which was granted royal Burgh status by James III of scotland in 1486. Kirkwall’s skyline is dominated by the magnificent St Magnus Cathedral, known as The Light of the North, where we can enjoy a guided tour. The cathedral was commissioned by Earl Rognvald Kali in the 12th century and took 100 years to complete, using locally quarried red and yellow sandstone. Most unusually, the cathedral is not the property of any particular church, but belongs to the people of Kirkwall.

Or perhaps travel to Highland Park, standing proud in Orkney’s remote and remarkable landscape, where whisky has been distilled since 1798. here we meet the modern day Viking descendants, whose passion and skill continue the centuries old traditions to ensure the whisky stands apart.

Scapa Flow, an excellent natural harbour, was a major royal navy base during both world wars. In the early months of World War II, a German submarine slipped into Scapa Flow and sank the HMS Royal Oak, killing 833 men out of its crew of 1,400. Winston Churchill, first Lord of the Admiralty at the time, ordered that causeways be constructed to block most of the eastern approaches. These causeways came to be called the Churchill Barriers, and today they provide road links connecting several islands. We travel along the causeway to Lamb Holm to wonder at the beautiful and unique Italian Chapel, built by the Italian prisoners of war who helped to construct the barriers. 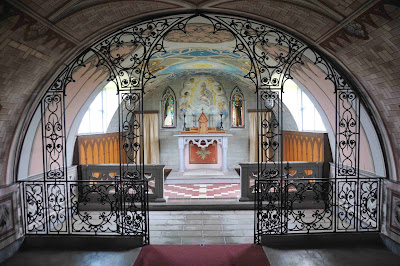 The distillery at Scapa sits in a beautiful location overlooking Scapa Flow, a wonderful backdrop to taste this artisanal single malt forged by the extreme elements of Orkney.

Leaving Orcadia in our wake, we plot a south-westerly course, round Cape Wrath and head for the Western Isle of Lewis, where the magnificent neolithic standing stones of Callanish were erected some 5,000 years ago. At Dun Carloway we discover the ruins of a well-preserved broch, an iron age structure designed to impress and defend. At 9 metres tall, it still stands close to its impressive full height and we can observe an excellent cross-section of a broch which was probably constructed around 200 BC.

Sailing south to Harris, we arrive in Tarbert where we can partake in a tour of the island with its stunning scenery and the rich history which has shaped its identity across the centuries, with norse and Gaelic influences evident. The recently opened Isle of Harris distillery produces an award-winning gin, which has become a firm favourite on board Hebridean Princess.

Crossing The Minch to the inner sound, we make landfall on the Isle of Raasay to discover the island’s first legal distillery. During our tour we learn of their innovative whisky making process and philosophy and catch sight of the incredible view across to Skye.  Otherwise, you may choose to explore the island on foot before enjoying well earned refreshments at Raasay house, where Johnson and Boswell were guests of the Macleod chief in 1773.

On Skye, we head to Armadale and the romantic ruins of the castle, spiritual home of Clan Donald, and the Museum of the Isles which charts 1,500 years of highland history, or visit the distillery at Torabhaig, the second ever licenced single malt scotch Whisky distillery on the island.

The Ardnamurchan peninsula is home to Scotland’s greenest distillery. sitting in a spectacular location on the shores of Loch Sunart, the Ardnamurchan distillery opened in July 2014 to begin the process of producing what will eventually become world-class single malts.

Our final port of call is the Georgian capital of Mull, Tobermory, where there is the opportunity for a little retail therapy or refreshing strolls in the colourful harbour town. Established in 1798, Tobermory distillery is one of the oldest commercial distilleries in Scotland. Here we can compare two different, but equally alluring, single malts: the fruity, unpeated Tobermory and the more robust and smoky Ledaig.

We hope you will join us on this voyage of discovery. 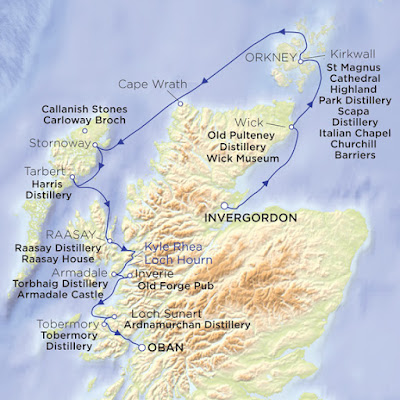 Guest speaker: Charles MacLean
Charles MacLean has been writing about scotch whisky for thirty-six years, and has published seventeen books on the subject. he sits on several judging panels, including that of the international Wine & Spirits Competition, has chaired the nosing panel of the scotch malt Whisky society since 1992, and advises many whisky companies on cask selection and flavour profiling. he was the founding editor of  Whisky magazine, writes regularly for several international magazines and websites and is a frequent commentator on TV and radio.

Now that 2018 has arrived, here at Hebridean Island Cruises we are excitedly looking forward…

Cycling over The Minch with Chris Boardman

Island hopping through the Hebrides by bike is a magical and varied experience. From the…

I am delighted to announce that the Autumn Edition of The Hebridean Times, brimming with…