Cruise of the Week – Outlook on the Clyde 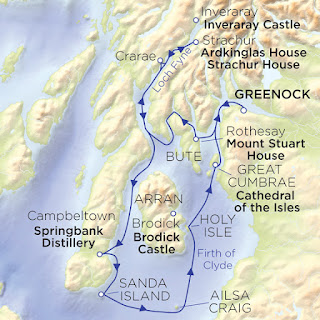 Sheltered from the Atlantic by the Kintyre peninsula, the Firth of Clyde is one of the largest areas of sheltered deep water in the British Isles.  The Firth’s many long lochs penetrate far into the Highlands, whilst its outer reaches comprise a scattering of islands, each of different size and character.

Venturing ashore at the Victorian resort of Rothesay, we admire the astounding Victorian Gothic mansion, Mount Stuart House, ancestral home of the Marquesses of Bute, before navigating the narrow Kyles of Bute and Loch Fyne.

From Strachur we explore Sir Robert Lorimer’s finest work, Ardkinglas House, and enjoy a private tour of Strachur House by Sir Charles and Lady Maclean.  Before transiting Loch Fyne and Kilbrannan Sound, the private apartments of Inveraray Castle are opened exclusively for us to uncover the secrets of the Dukes of Argyll. 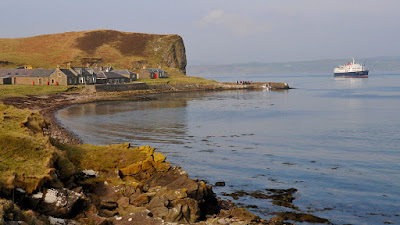 Springbank Distillery is the oldest independent family-owned distillery in Scotland and its story spans centuries of whisky history.

The tiny isle of Sanda is designated a Site of Special Scientific Interest and at its southern tip we discover the lighthouse built in 1850 by Alan Stevenson, nicknamed ‘The Ship’.

The sea cliffs of Ailsa Craig offer tantalising views as we steam north to Holy Isle guarding the entrance to Lamlash Bay and a place of worship and meditation since the 6th century.

On the Isle of Arran, we explore the grand baronial castle, formal gardens and woodland country park at Brodick ahead of our final landing on the delightful island of Great Cumbrae which boasts the smallest cathedral in Britain.

>> Click here for availability, all prices and more information

Hebridean has teamed up with Travel Counsellors to support Alnwick RFC under 15’s fundraising Cruise/Travel Event, to…

Flavours of the Low Countries

M.V Hebridean Princess – The History of the Ship by John Noorani

Regular guest John Noorani has always been interested in the history of transportation, but he…